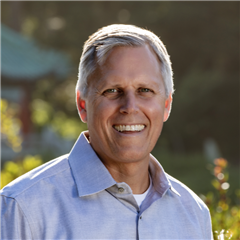 Dan Henkle served in a variety of executive roles at Gap Inc., where he worked for 25 years. His last position was President, Gap Foundation, and SVP of Global Sustainability. In these roles, he was responsible for overseeing the Gap Foundation's global community investments and leading the company's Global Sustainability practice -- encompassing vendor monitoring and capability building, environmental sustainability, global stakeholder partnerships and sustainable innovation. He is a recognized and respected leader in international labor standards. Dan also has deep expertise in Human Resources and served as SVP of Global Human Resources at Gap for many years.
Dan currently serves as Chair of the Board for Social Accountability International based in New York, which has programs advancing the rights of workers around the world. He also served on the board of two nationally recognized youth organizations in San Francisco – Juma Ventures and Huckleberry Youth Programs.

Dan joined Drew’s Board of Trustees because of the transformative impact Drew had on his daughter Kat, who graduated from Drew in 2018. He believes that Drew not only does an excellent job preparing students for college, but also in preparing them to be successful and happy in their lives and relationships.

Dan is a native of Wisconsin, graduated from Purdue University with a BS in Accounting and General Management, and earned his MBA with an emphasis in Organizational Behavior at the University of California, Haas School of Business, in Berkeley. In addition to his daughter Kat, he also has a son Michael attending the San Francisco School of the Arts. Dan and his husband Steve are politically active at the local, state and federal level and are passionate supporters of advancing social justice around the world.
Back