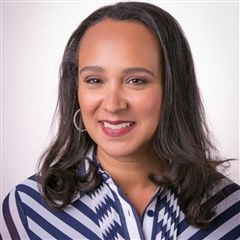 Naomi M. Kelly is the first woman and first African American to serve as City Administrator. In that capacity, she oversees the City’s General Service Agency, which consists of more than 25 City agencies, a budget of nearly three-quarters of a billion dollars and over 2,700 City
employees.

Ms. Kelly is strongly committed to strengthening the local economy, supporting small businesses and City neighborhoods, ensuring the efficacy of government services, increasing the City’s safety and resiliency, and planning for the City’s long-term capital and infrastructure
needs.

Prior to her role as City Administrator, Ms. Kelly served as the City Purchaser and Taxicab Commission founding director. Naomi was born in San Francisco and grew up in San Mateo and Foster City. She earned her B.A. from New York University and J.D. from the University of San Francisco. She is also the mother of two young children and a long-time resident of San Francisco.
Back